Since 2017, the IFRC has worked to increase assistance to disaster affected communities by making the DREF more accessible to National Societies. In 2019, these efforts continued through initiatives such as capacity strengthening of National Societies in high-risk countries to increase their ability to apply to DREF funds, through promotion of DREF operations, as opposed to smaller, underfunded emergency appeals with low visibility or silent emergencies, and improved procedures for accessing the Fund. 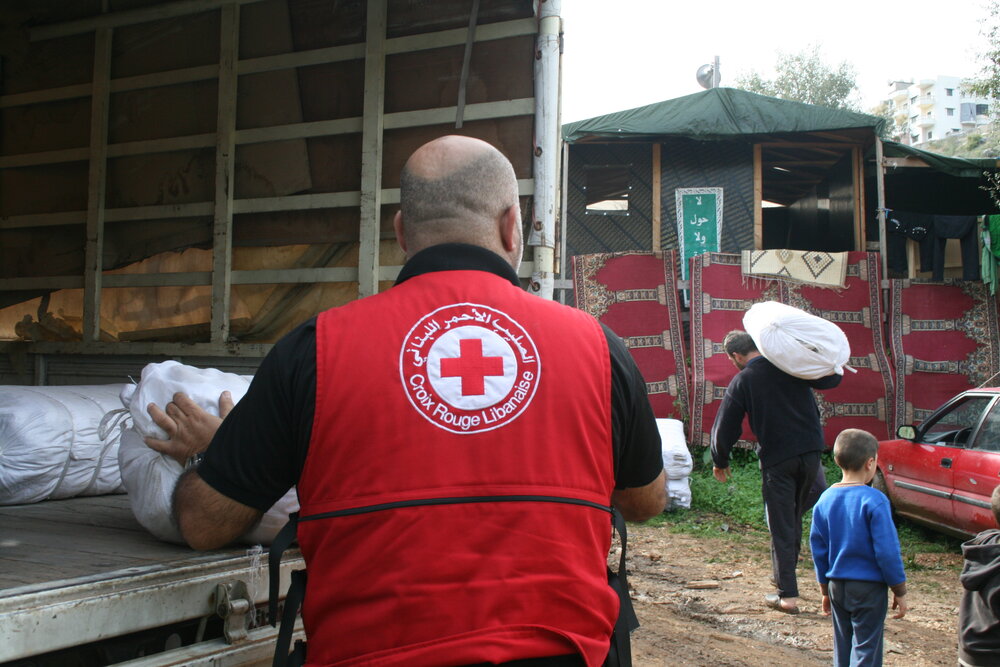 Goal: National Societies provide rapid and effective assistance to vulnerable people affected by disasters and crises with the provision of timely and adequate financial support from the DREF.

Objective 1: Sufficient funding is available through the DREF to meet the requests from National Societies for financial support for their relief operations.

Engagement continues with partners through the DREF Advisory Group through teleconferences and face to face meetings. The fundraising target for 2019 stands at CHF 18 millions, out of which 88% has been reached during the period through the continuous support of IFRC members, Institutional and private donors.

The DREF support to National Societies continues to be showcased through the DREF website and the different news stories on each operation. For the reporting period of January to December 2019, there was a 12% increase in page views to the website compared to the same period in 2018.

Objective 2: NS access to and use of the fund.

111 emergency operations have been supported through the DREF in 2019 including: 87 new DREF operations in 2019, 24 loans to Emergency Appeals in 2019, 1 loan to an Emergency Appeal launched in 2018 (MDRCD026 – EVD Outbreak) and six second allocations provided to DREF operations launched in 2018. Overall support was targeting 7.5 million people across 77 countries, through a total allocation of almost CHF 30 million.

In 2019, the DREF capacity strengthening initiative was built around three main components: 1. Making the DREF more accessible for National Societies, 2. Enhancing the culture of learning from small and medium scale operations and 3. Promoting the use of operational learning to feed into longer term approaches. The main achievements were: 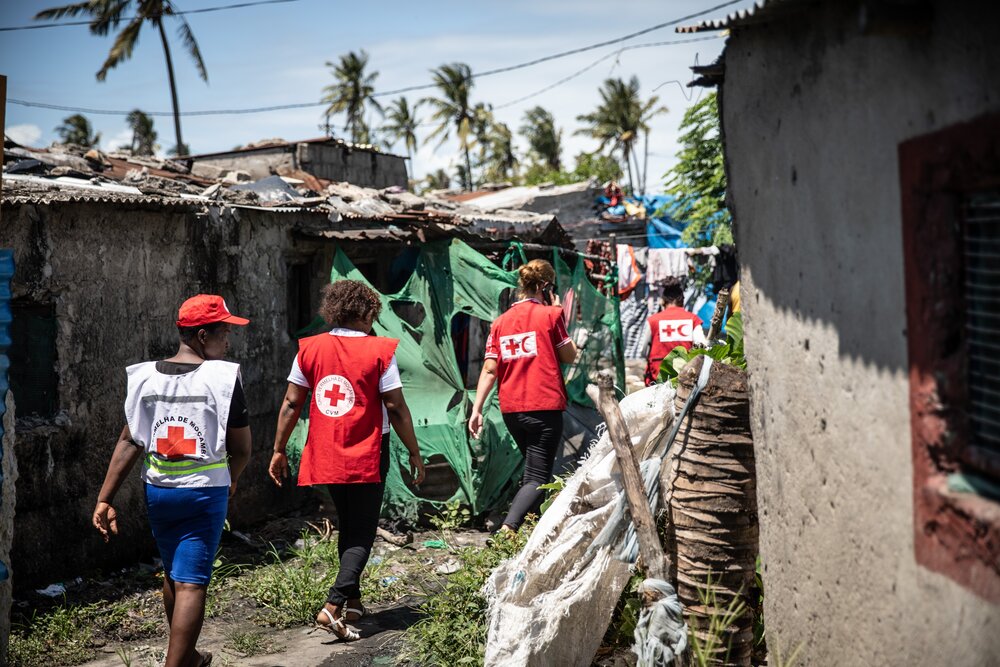 1. The development and use of the DREF training package. As experienced during the roll out, the training package has been well received in general, and has proved to be flexible for the different capacity strengthening needs ofNational Societies as well as IFRC structures.

2. The development of the DREF Lessons Learnt Workshop discussion points document in coordination with the Preparedness for Effective Response (PER) team. In 2019, this guide was tested with five National Societies in three regions. It has been noticed that after the exercise there is a stronger link of the learnings to specific aspects of the National Societies response mechanism (e.g. need for the development of SoPs, Contingency planning), which is the main objective of the initiative.

3. The development of a system to capture and systematise learning from DREF operations, reviews and lessons learnt workshops. This initiative was started late 2019 and the plan is to further develop it and systematise learnings from the last two years of DREF operations in the first quarter of 2020. This involves the development of a system to capture the information as well as a system for the visualisation of the collected data. 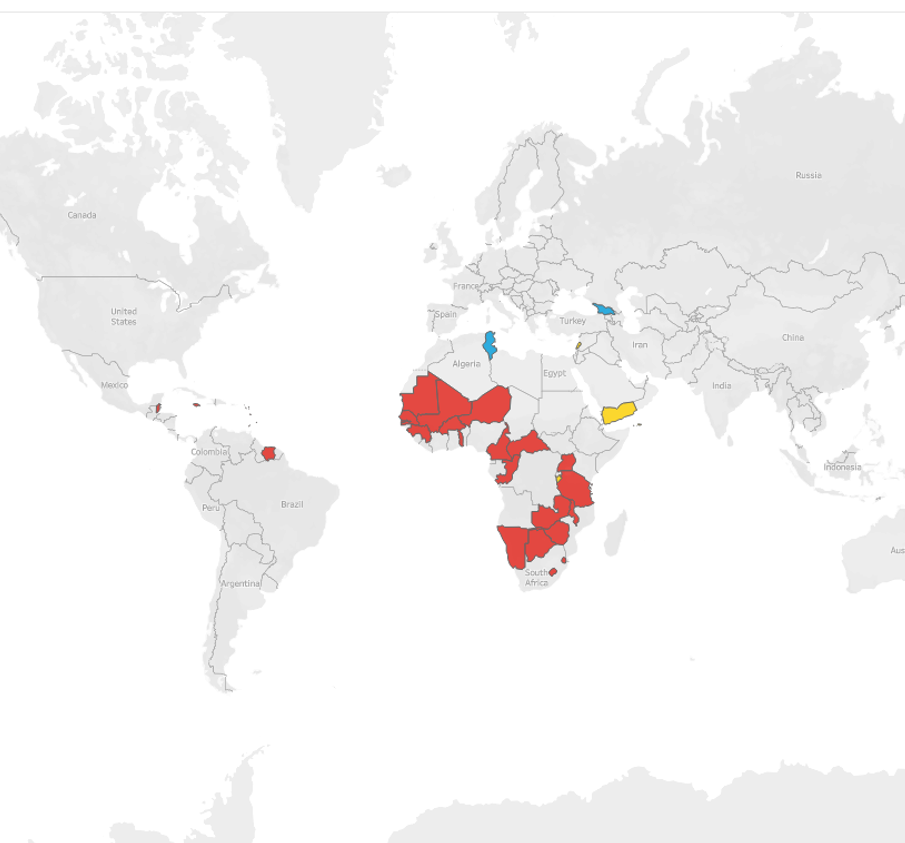 Tanzania Red Cross Society (TRCS), MDRTZ023 Cyclone Kenneth Imminent request: TRCS is a frequent user of the DREF, the National Society received training in March 2019; afterwards they requested an imminent DREF to conduct early action for Cyclone Kenneth. The request took less than 24 hours to be fully processed, with feedback from the East Africa CCST that the NS request was complete; thus, little input was needed.

Lebanon Red Cross Society (LRCS): In the past few year LRCS had not been an active user of DREF, with the last request registered since 2016. In 2019, the LRCS requested support for 4 operations therefore a DREF training was organized in September 2019, as part of the Population Movement operation, which gave the space to the National Society to refresh their knowledge of the DREF criteria and its eligibility. Requests following the training show a good level of understanding of the eligible cost for DREF operations.

Yemen Red Crescent Society (YRCS): Before 2019, the YRCS last DREF request was in 2016. The NS requested in June 2019 a DREF to respond to floods, as part of the operation, they were supported with an lessons learnt workshop (LLW) and a DREF training. The training gave the opportunity to the National Society to clarify information requirements for a DREF request as well as criteria and eligibility. The LLW gave the NS the opportunity to discuss the main challenges faced during the floods operation and those learnings were considered for the following operation.

DREF Reviews provide the organisation with the opportunity to learn and understand the roles of the RCRC during response operations, and can be a great source for the development and dissemination of best practices, but also they help to identify and address specific challenges.

The following reviews have been conducted during 2019